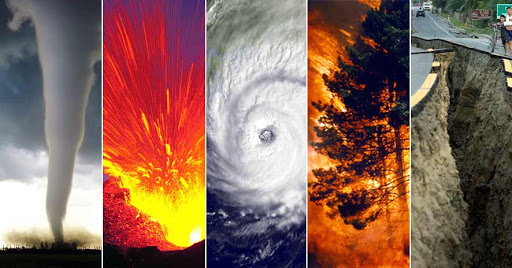 The International Day for Disaster Risk Reduction was started in 1989, after a call by the United Nations General Assembly for a day to promote a global culture of risk-awareness and disaster reduction. Held every 13 October, the day celebrates how people and communities around the world are reducing their exposure to disasters and raising awareness about the importance of reining in the risks that they face.

In terms of occurrences, climate-related disasters also dominate the picture, accounting for 91% of all 7,255 major recorded events between 1998 and 2017. Floods, 43.4%, and storms, 28.2%, are the two most frequently occurring disasters.

During this period, 1.3 million people lost their lives and 4.4 billion people were injured, rendered homeless, displaced or in need of emergency assistance. 563 earthquakes, including related tsunamis, accounted for 56% of total deaths.

Climate change is increasing the frequency and severity of extreme weather events, and that disasters will continue to be major impediments to sustainable development so long as the economic incentives to build and develop hazard-prone locations outweigh the perceived disaster risks.